Over the last week, AMP reaffirmed our support and solidarity for Black Americans and all marginalized communities experiencing state-sanctioned violence in Minnesota and around the United States.

Yesterday, AMP joined over 400 national organizations, led by The Leadership Conference on Civil and Human Rights, to send a letter urging Congress to take swift and decisive legislative action in response to ongoing police killings and other violence against Black people across our country.

As we continue to condemn all forms of anti-Black violence and all other manifestations of anti-Black racism, our elected officials should also send a clear message about that.

Please take action to demand that Congress condemn police brutality, racial profiling, and the excessive use of force.

Congresswomen Ayanna Pressley and Ilhan Omar, in partnership with Congresswoman Karen Bass and Congresswoman Barbara Lee, introduced a resolution this week to condemn all acts of police brutality, racial profiling, and excessive use of force. The resolution also calls for the adoption of reforms and policies at all levels of government to end these injustices.

As US citizens and taxpayers, we understand that justice for all will not come to fruition without achieving justice for Black Americans. Please take a minute to send a message to your Representative today. Thank them if they have already joined the resolution, and ask that they co-sponsor it if they have not.

Just enter your street address and zip code to find out whether your Representative supports this resolution.

In addition to being strong leaders in advocating for justice for Black Americans, Congresswomen Pressley, Omar, Bass, and Lee are also strong supporters of Palestinian rights. It’s no coincidence. Their commitment to the universality of human rights places them at the forefront of Congressional advocacy for justice for the oppressed.

AMP is opposed to all forms of racism and bigotry, no matter where it’s emanating from. Prophet Muhammad (PBUH) says: “O people, your Lord is one and your father Adam is one. There is no favor of an Arab over a foreigner, nor a foreigner over an Arab, and neither white skin over black skin, nor black skin over white skin, except by righteousness.” (Musnad Aḥmad 22978)

We are guided by our humanity, moral compass, and our religion. The Quran clearly establishes that diversity is the foundation for collaboration and cooperation to benefit humanity: “O mankind, indeed We have created you from male and female and made you peoples and tribes that you may know one another. Indeed, the most noble of you in the sight of Allah is the most righteous of you.” (49:13)

Thank you for taking action. 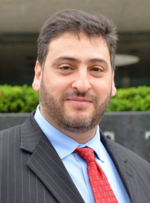 US-based nonprofits and donors are funding Israeli settlements Did you know that US-based private actors have been fueling the illegal Israeli settler...
Read more
END_OF_DOCUMENT_TOKEN_TO_BE_REPLACED