Since 2015, American Muslims for Palestine has organized an annual Palestine Advocacy Day and Training weekend to educate students, community activists, and organizers—young and old—on civic engagement and policy work exclusively on the issue of Palestine.

Invited guest lecturers and instructors provide an in-depth course on legislative advocacy and the political process in the U.S. with workshops on: 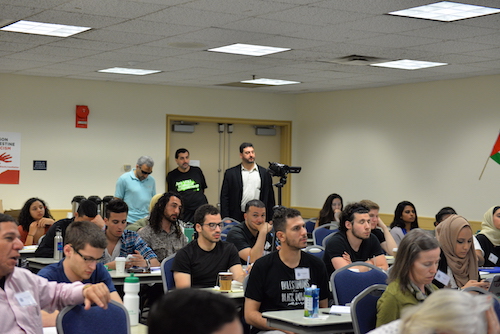 We recognize that any advocacy and organizing work on Palestine cannot exclude a government relations component and outreach to our lawmakers.

Two students from Gaza who joined our delegation were given the opportunity to directly challenge Department of State officials on U.S. policy and the inhumane siege: 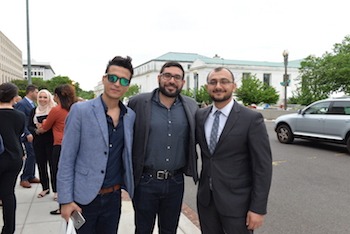 “Thank you, AMP, for giving me the chance to speak truth to power directly in the halls of the most powerful institutions in the world. My hope is that my words to the Director of the Office of Israel and Palestinian Affairs at the State Department expressed the urgency of the situation of so many in Gaza.” - PAD 2017 Participant

The delegation also spent a day on Capitol Hill meeting with their elected officials to discuss our three focus areas. Our participants met with the offices of 33 House of Representatives and 6 U.S. Senators. 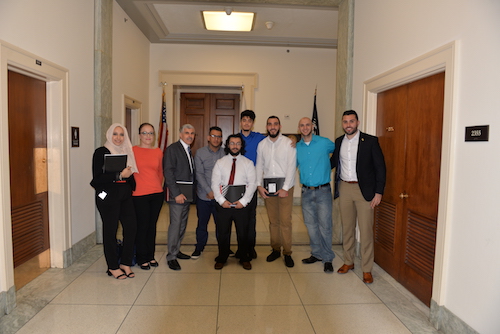 "Getting the training before going on The Hill made a huge difference for me. AMP didn’t just throw us out there and expect us to figure it out. I was able to learn how the government operates and which pressure points to use to make our demands. The best thing about this is that I can take all of it back home and use it to work for Palestine locally.” - Ahmed Maameri, Minnesota

This year AMP plans to expand our Palestine Advocacy Day & Training, slated for March 16 - 19, 2018, to 100 participants from 16 states, adding constituents from Georgia, Florida, North Carolina, Louisiana, Washington, Ohio, Missouri, and Indiana. With more participants, we plan to meet with the offices of at least 60 members of the House of Representatives and 16 U.S. Senators. 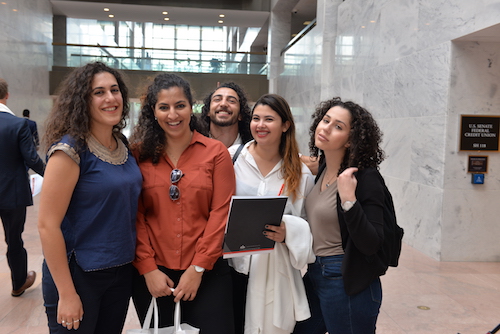 “We’ve seen a major uptick in Palestine advocacy and it’s having an effect. We are taking note and it’s starting to have an effect on congress.” - Zachary Cafritz, Legislative Director, Rep. Donald Beyer (D-VA8)